You are not connected. Please login or register
Go to page :

I found these on oh.oh.oh.. oreilly's..lol... MyLoth said 3/8 24 thread pitch and I think these are the size on the master cylinder.
Also what tubing size do they use 3/16? On the site it says ones 3/16 the other 1/4 but it wouldn't matter since its a different car it's going on (using a 95 impala master cylinder) as long as the threads on the adapters fit good. Would it make a difference if I use a 10-1.00MM fitting in place of a 10-1.50MM one?
Thanks to all responses.

I've never been a fan of gravity bleeding.  It allows moisture into the system which is NG.  Plus, if the bubbles are tiny, the fluid just goes right past them.
The "brake pedal" way is decent, but most of the time it isn't done long enough to get all of the air out.  Lets say there's a bubble in the line up near the CV. It could take over 50 times to force the bubble through the line and out the bleeder valve.
Tbh, the only times I've ever got all the air out of the system was using some type of pressure bleeder, and pumping A LOT of fluid through the system.
The vacuum bleeders suck, no pun intended, and imo should be avoided.
For under $20 you can make your own pressure bleeder using a plant sprayer and making an adapter plate from a MC cover.  Google "Home Made Pressure Bleeder" for instructions.
This is the type I bought:  http://www.motiveproducts.com/  Along with their plate setup for the old cast iron master cylinders.  Works like a charm the 1st time every time.
Simply attach it to the MC, pump it up, and you're all set to crack the first bleeder.  No extra hands, or feet, are needed.

This may be unnecessary, but there IS a proper order to bleed brakes.  Start with the RR, then do the LR, then RF then LF.  If done incorrectly, air can be left in the line(s).

I don't knock using a pressure bleeder at all it works. I have used the old foot system on cars from old to new

and it always works unless something is wrong. Gravity bleeding rarely works well I just do it drain the old fluid

most of the time and start fresh. I had car with the same problem it was 92 Dodge and it turned out

the reman Master someone had put in before. My point is Remans aren't what they used to be where you would

get 50k out of it. These days you are lucky if they work at all it seems half the time you are returning one

because it's DOA. I'm buying a brand new Master and going from there I have read though that 3/16 lines

the dead pedal feel I have now, although it might improve performance though.
GM B-Body Forum

The pedal gets spongy from the master cylinder because calipers hold more brake fluid than the little wheel cylinders on the drum, so since more fluid is needed the pedal goes farther to push more fluid in hence the sponginess.
The combo valve just let's the front brakes delay just long enough for the drums to bite and then fronts will grab. Changing the combo valve would improve braking but you'd still have a spongy brake pedal from not big enough master cylinder.

HeavyChevy77 wrote:The pedal gets spongy from the master cylinder because calipers hold more brake fluid than the little wheel cylinders on the drum, so since more fluid is needed the pedal goes farther to push more fluid in hence the sponginess.

Exactly, and with the old style iron MC with the small reservoir for the rear system it cant pump enough fluid to the back.

When I get the master ill go to the parts store and see what fittings will fit.
So the 77 is 3/8 24 at the master cylinder?
I think it'd be easier/faster using the adapter fitings

While looking through the O'Reilly's website I seen 11mm to 12mm adapters, maybe that's why its 12mm
The guy who posted the info said he just measured them, so ill grab the one off the link I posted above.

As for the combo valve the adjustable isn't really necessary, I'm sure a 4 wheel disk version will work fine.
I got my disk/drum combo valve for $55 chrome too! Works great , brakes have worked awesome since I can slam on the brakes, pedal is great, i make it screech to a stop and holds the burnouts very well .
They have disk/disk ones for $50 shipped also chrome.
The combo on the impala ss is nothing special the same as the other 4 wheel disk cars of that time.
Also please someone confirm ..are the fittings on the lines going the the master cylinder 3/8 24 with 3/16 tubing
Thanks for everyone chiming in
Sweet Seventy9 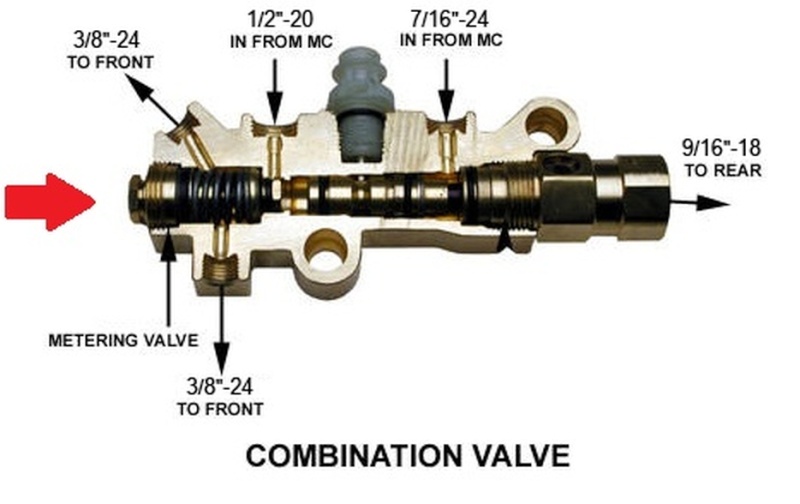 The RED arrow points to the "Button" I mentioned earlier.  It's actually a rubber cover over what's called the bleeder rod. 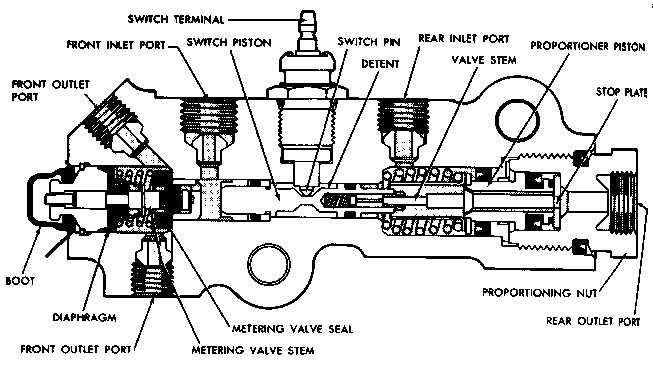 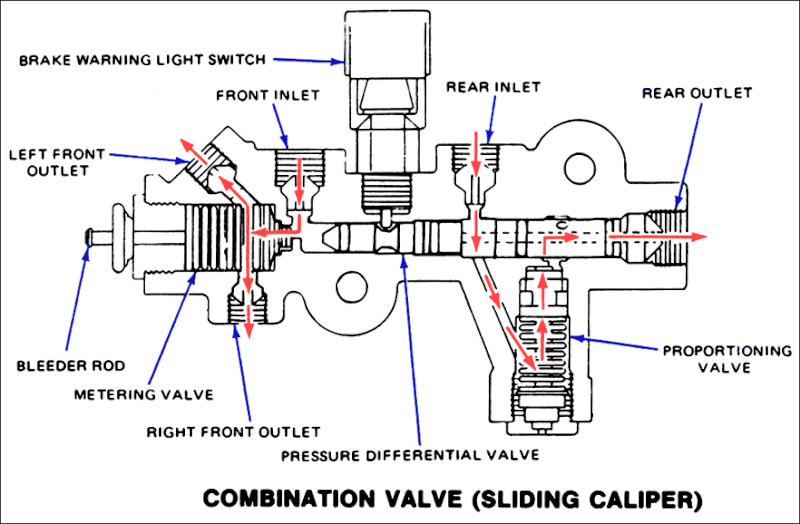 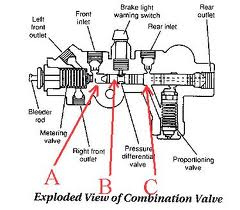 Yea I had my hopes up that it was 3/8" -24 and now that I found out it's not I cant find adapters that size.
Could I cut the line just a little to put a new flare nut and flare the end.
Sweet Seventy9

Exactly on the same page sweet thanks for the info lines are in good shape so ill go that route and keep my fingers crossed.
Admin right about the combo valve but the disk/disk combo valve is only $50 its chrome and about the same price as the bolt mod.
HeavyChevy77

Maybe I'm just lazy to reflare the ends but the fittings should work.
Sweet Seventy9

Maybe I'm just lazy to reflare the ends but the fittings should work.

GM B-Body Forum wrote:I never knew that Sweet thanks for sharing.
Gm actually never made combi valves for disc disc brakes, only drum disc brakes. On the 94 to 96 SS's and 9c1s to save money Gm used the same combi valve on disc disc and drum disc setups. Thats why folks decided to mod there valves and thus the "Stealth brake bolt mod" was born. Google that term and see where that takes you, it will pull up the impalassforum and our fourm if you scroll down. Sweet posted this awhile ago https://www.gmbbodyforum.com/t124-basic-brake-upgrades

I thought about the master cylinder some more and then it hit me.
Buy a master cylinder for the 1990 caprice that has disk brakes (9c1)
The reybestos master is the same thread pitch as the stock on, but Idk if it's the right bore size (1 1/4" )
It looks like the right part it has the plastic resivior for more fluid, my stock one has the metal top with bulky cast housing vs this one slim aluminum with the resivior.
Cheaper than the impala one too and the look Identical $40 vs $65
Even if it's the 1 1/8" bore would the brakes work well as long as I get a disk/disk combo valve ($50 chrome on eBay)
Thanks again to all putting up with my stuborness.
GM B-Body Forum

if the inner part of the adapter is pointed up/ angled up then thats for a double flare, if its beveled down like this pic: 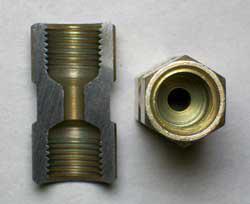 So softer rounder end is bubble
And angled is double

Would a 1 1/8" master work fine with use of the disk/disk combo valve.
I imagine the pedal would go down a little father but the resivior seems larger than the bulky master cylinder I have now.
HeavyChevy77

I think that would do it but need some reasurance.

Can u guys confirm this, don't wanna tear it all apart and have braking proportion problems.