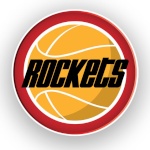 I want to run 3.73's. Can I just change the ring, pinion and crush seal? Or do I need a posi locker assy too?

Why would you go through all the work changing gears when you have an open carrier?  (non-posi)  It sort of doesn't make sense and defeats the purpose of installing a lower gear.

Depending on the manufacturer of the gear set you purchase, you might have to replace the carrier anyway.  The thickness of the ring gear is much different between the 2.73 and 3.73.  Talk to the gear manufacturers reps, they should know all the little details like that.

Beware! If you've never done a GM gear swap, it's not as easy as just swapping out parts.  I strongly urge you to get it professionally done or you might wind up breaking it.

Even if you just changed the gears you would still have to shim the pinion, more than likely the factory shims wont be correct, if your not changing the carrier then you can reuse the carrier shims. But you will have to check for backlash and ring and pinion marking engagement. Youll also have to purchase a beam style inch foot pounds torque "wrench" to measure the preload on the pinion bearing from crushing the crush sleeve. I know on the 8.5 its around 26 in lbs. Purchase a few extra crush sleeves, its sometimes hard to get it right the first time. If you purchase a master rebuild kit it will come with all the bearings, shims, crush sleeve and usually some marking compound. But as stated above, its alot of work if your just going to change gears on an open carrier, might as well change it while you are there.
_________________
1979 Caprice Sport Coupe, 400hp Vortec 350, Th350, GM 8.5 w/disc brakes, 3.90 gears Detroit Truetrac, 2.5" stainless duals w/ x-pipe, Dynomax race bullets.
1984 Caprice Sedan, 305 motor, 700r4
1978 Caprice Sedan, 305 motor, th350
1993 L99 Caprice, 4.3 v8, 4l60 trans
1972 Ford F-100, 302 windsor, c4 trans
2001 BMW E46 330i, 3.0L

You have to pay careful attention to the carrier when you change gears in your rear end. Anything 2.73 and up should be a '3-series' carrier, below 2.73 and you'll have a '2-series' carrier. The difference is the mounting flange for the ring gear on the 2 series is moved further toward the bearing to clear the larger pinion gear. Most GM positractions are 3 series, from what I've seen.

anyhow, yeah, if you haven't set up a ring an pinion before, you might want to take it to a shop, unless you know someone who has all the proper micrometers and feel like spending an entire weekend making sure it's right.
Sponsored content