I'm planning on ditching the WASTED Olds 307 in my '82 B Body for either a 4 bolt 350 from a '84 G30 camper or '78 305 from a K25 (Also rid of that prepubescent ECM nonsense so it's simple turn key and go). I want to keep the THM200R4 in it since its the dual pattern setup and it was just rebuilt. And I'm wondering if it'll be basic drop, wire, and plumb or would I have to fabricate all new engine mounts and other intricacies to go along with them? Or are there kits on the market to be able to do the deed?
BrokenBlazerDave

You shouldn't have to fabricate motor mounts. My 1981 Buick "B" body had all the holes in the frame to allow the lower half of the clam shell style mount to bolt in to the Chevrolet location. You may have to look at a car that came with a Chev engine to see what holes to use. The other option is to bolt the upper and lower clam shell style mount onto your engine and set it in, line it up to the trans and see what bolt holes line up. You may also be lucky enough for some one on this site to have a picture of the mounts on a frame ready to accept a Chevrolet engine.
Some of the other issues you will run into are the wiring locations. The alternator, battery and starter are on the opposite side as a car that came with a Chevrolet engine. If you still have the whole vehicle that the donor engines are coming from the motor mounts and wiring may help you install the engine in place of the Oldsmobile engine.
I like the vehicles that came with the Oldsmobile engine for LS swaps because all the wiring out of a LS truck comes to the driver's side. This makes using the battery cables and everything from the truck easy to install in an Oldsmobile, Pontiac and Buick based car.
If you are going to stay with a carburetor the basics from the Oldsmobile car are already there for the Chevrolet engine. Things like the purple start wire, pink distributor wire and alternator wiring will plug into a similar model year of Chevrolet engine. The length of wire and location may differ but that can be dealt with easily. The Saginaw power steering pump from the Olds may bolt into the Chev brackets but I don't know for sure. If you kept the pump from the truck the p/s line from the Olds should bolt into it.
I will look for a picture of the Chevrolet mounting holes.
Suzonda

Sounds simple enough. Thanks for the reply. My other option was taking a mild build all aluminum 5.3 LS engine from a Sierra z71 parts truck sitting out back and droppin it in the Olds. But then I'm faced with the things I hate most which is an engine I'm not able to quickly adjust if something was needed to be tuned or dealt with. Thats some weight reduction but knowing my Roadkill luck if that engine was to have any sort of mechanical faults it'll be one and done. (Such as the factory 307 that snapped a rod lobe of the CRANK and killed everything else in its way) Im still in the prephases of everything but I wanna get all the info I can that'll make it so a 3 day project doesn't turn into a 3 decade project. And are the body mounts across all the 77-85 B-Body Sedans compatible? (Say body mount bushing kit for a 82 Caprice for a 82 Delta 88? (Which there is no listing anywhere for the 2nd one)
BrokenBlazerDave

Don't be afraid of an LS swap. I know most people do not like wiring and the mystery of fuel injection but it is a different type of investment. If you were to purchase an HP Tuners setup of your own changes on the fly are easy. Don't get me wrong, an LS swap is not cheap. Having to buy an oil pan, swap motor mounts, custom exhaust, wiring harness mods, maybe HP Tuners, fuel pump, and other stuff I am forgetting. It adds up quick.
I am not too sure about the body mounts. I have always used the Energy Suspension universal mounts. I have had good luck with them but they are not an exact fit. I put them into both my 78 Impala and my 81 Buick. I have to assume they are the same. My 81 Impala frame looks super similar to my 81 LeSabre frame. Both 2 door cars.
Let us know how you make out.

Ohhhhh Ive done my fair share of wiring. I've dropped more $$$ on the Painless universal harnesses than I'd honestly care to count but its better and easier than making my own. But every other 360, 440, 350 or 454 build I've done I've used Dominator EFI w/ a Eddy 850. Granted they're bored 20-30 over but the limitations on this certain chassis have gotten me properly stuck and I want to do it right. Either way the 307 is going to the juicer tomorrow. The way I figure it an LS 6.0 out of an SS Trailblazer, 4L70E, and the PCM harness is gonna be around a $1200 drop in aside from pump, mounts, linkages, firewall mods, and so on and so fourth or the 383 from the junkyard would be $350 without the mounts. Another Idea was also taking a Supercharged 3.8 Series II V6 out of a '03 Park Ave backed by a 4L60E or NV3500 but that would be a headache in itself with mounting (Plus you can't beat open header V8 noise pollution). I just like to get further opinions on how bad I should or shouldn't butcher an already wasted husk of it's once and far gone glory.
BrokenBlazerDave

The idea of using a Supercharged 3.8 Liter is cool and different. Definitely make someone look twice when they looked under the hood. You are right the sound of a V8 is hard to beat. That is why I had never thought of putting a V6 into a full size car. I had thought about putting one in my Samurai years ago but that never happened. 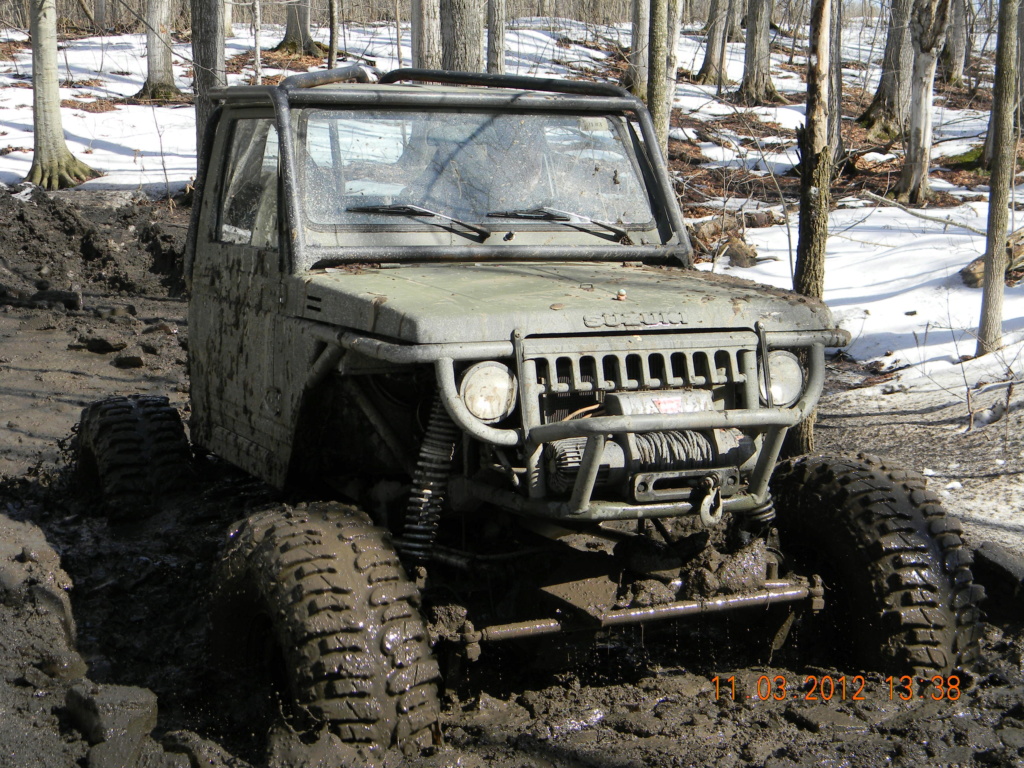 I've done 350 swaps into 80-90s S10s and put a 402 into a Ford Pinto for the hell of it. Some some crazy things in my time but its all apart of the fun. (And slippery mostly empty wallet). I understand the flywheel and converter would have to be replaced if I were to back it with the conventional layout but I'm not sure if the 3,560lb weight of the thing would bog that engine down too much (250hp is better than 130ish). Best part is the entire swap would be cheaper than a Weiand 671 blower alone. I honestly belive that would be the prime choice. Down 2 cyl but the 30mpg can't be beat. Even with a 350/TH350 w/ a bolt on 3spd OD wouldn't come close to touching that.

Side note: If the interior is trashed would it be best to spend the $700-$1k to fix it or just strip it, Dynomat so my dentist still has a job, and 8 ciruit harness? And how much would that 250hp/270ftlb gain give me with that land yatch?
Sponsored content